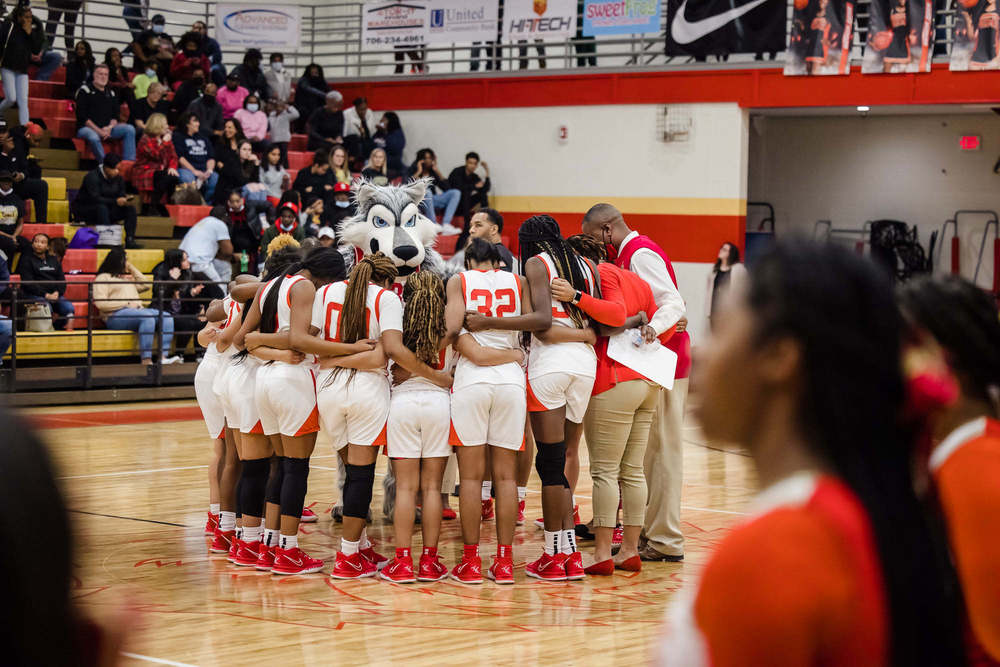 The Rome High Lady Wolves jumped out to an early lead, held it through much of the game and then fought off a last-minute surge from Carrollton to grab a 50-42 win on Friday night at Rome High and take control of the Region 5-6A standings.

The win not only vaulted the No. 9 state-ranked Lady Wolves to the top of the region standings, but it also helped avenge the lone blemish on their region record, an early December loss to Carrollton.

Since that game, the Lady Wolves have been on a tear, claiming the coveted gold ball trophy at the Holiday Festival Basketball Tournament and running and gunning through opponents with impunity.

“We spent a lot of our time this week talking about controlling emotions. The first game (against Carrollton) I got to see how we reacted and how we were so anxious to beat this team,” Rome High coach Thomas McAboy said. “We spent the week thinking about putting in the zone defense and making them have to shoot some more threes, but the biggest thing was composure and controlling emotions and not trying to do too much."

Rome started the game on fire and super composed, as the Wolves buried four three pointers and harassed and stymied Carrollton’s offensive attack in the opening quarter.

Pinky Nation nailed a three-point shot moments after Breanna Griffin opened the scoring with an easy bucket. Treneisha Adams buried two three pointers and Allison Loveman added one as Rome surged to an 18-7 lead at the end of the first quarter.

Griffin and Ja’viyah Gooch each made shots from beyond the three-point arc in the second quarter, as Rome’s offense rolled to a 33-15 halftime lead. While Rome buried six threes in the opening half, they kept the Trojans from connecting on all their three-point attempts.

The Trojans threatened early in the third quarter, cutting the Wolves’ lead to 34-23 three minutes into the second half. Undeterred, the Wolves closed the quarter on a 10-0 run with a three pointer from Adams and back-to-back threes from Loveman, upping Rome’s lead to 44-23.

Rome’s offense hit a rough patch in the fourth quarter, and Carrollton managed to get some key stops and finally managed to find some baskets. After Rome took a 47-31 lead halfway through the final quarter, Carrollton launched an 11-point run, cutting Rome’s lead to 47-42 with 1:18 left in the game.

The Lady Wolves refused to panic though, and Nation drained a three pointer with 39 seconds left to bring the lead to 50-42, and the Trojans couldn’t come any closer.

“That last three pointer was huge. With the shot clock you have got to continue to play, so you can’t just stall out the game anymore. But that shot was huge, and we found a way to win,” McAboy said.

The win pushes Rome’s winning streak to 11 games, moves their overall record to 13-3 and their Region 5-6A record to 7-1 with five games remaining before the region tournament.

“This is a big win for us. Carrollton has some girls injured right now and Dalton beat them, so right now we are sitting in first place in the region,” McAboy said. “All we need to do now is just take care of business.”

Rome returns to action on Tuesday, Jan. 25 when the Wolves travel to face Dalton.