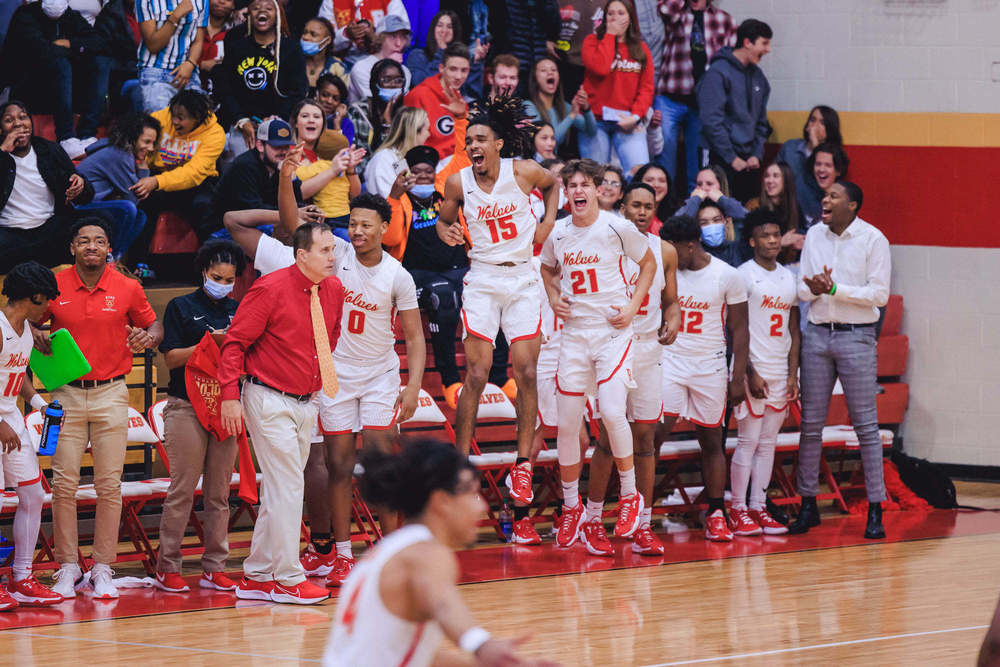 Some lessons can be tough to learn, and the Rome High Wolves suffered a rough teachable moment on Tuesday night dropping a big Region 5-6A game against Carrollton at home 83-81.

“I think we lost our focus, and I think they played harder than us in the second half. It’s not good to come out and score 80-something points and still lose a game,” Rome High coach John McFather said. “It started right before halftime. They just hung in there and hung in there. Basketball is a game of momentum, and they managed to get that momentum right before halftime.”

The game served as a tale of two halves with Rome’s offense and defense looking nye on unstoppable in the opening half. The Wolves hit five three pointers and drained six more buckets to catapult to a 29-15 lead at the end of the first quarter.

The Wolves didn’t let up much in the second quarter, draining four more three pointers and continuing to score points in droves, although the Trojans managed to grab some late momentum with some solid defensive efforts and key baskets, cutting Rome’s lead to 49-34 at halftime.

The Trojans flipped the script in the third quarter finding ways to get inside to score, forcing key turnovers and making big baskets when they needed them, cutting the Rome lead to 68-61 heading into the fourth quarter.

The Wolves fought valiantly hitting a few key shots, but the Trojans managed an answer for each one grabbing an 81-77 lead with 1:07 to go in the contest. Rome managed to get within two points twice but couldn’t get the key basket in the final 30 seconds, as the Trojans escaped with the two-point win.

The loss drops Rome’s overall record to 12-6 on the season, and their Region 5-6A mark falls to 5-2 with six games remaining before the region tournament. The loss also snaps a six-game region winning streak for the Wolves.

While the loss hurts, McFather said the Wolves have a chance to learn from it and grow.

“We can’t let up. We need to learn close ball games. I want the guys to understand every possession is important,” McFather said. “Hopefully, we will learn from this. We know we’re a really good team, so hopefully we can learn from tonight and not let it happen again.

Rome returns to action on Tuesday, Jan. 25 when they travel to play Dalton.